Your browser is not Javascript enable or you have turn it off. We recommend you to activate for better security reason
Die schoenen geven licht

Sad to hear about the passing of Koert Debecker, who is one of the earliest and best skaters i can remember from childhood, back then an absolute wild man that knew no fear. I remember he wore two different colored neon shoes, and i wanted that as well, i was 6 and utterly confused when i noticed they did not sell them like that at De Shoeconfex in Kapellen. I am 3 years younger then Koert, which is a decade as a child, though that didn't matter, he was very inclusive, as oposed to many other older skaters, even if i could not skate for shit. Oddly i have thought of him the other day, remembering he photocopied a pile of skateboard magazines for me when i was about 7 and had no acces to that stuff, my mind was blown appart by the insane images, which became a lifetime influence. I still have a bunch of those photocopies, TOXIC adds etc. I also remember borrowing a board from him. Every skater in the village skated in front of Koert's house, which drove the neighbourhood nuts. He was probably the first one i knew sporting weird haircuts, that 80's "bles", basicly a pony fringe with a shaven head behind it, a huge quiff, and some symbols shaven into his hair that weren't really appropriate, i remember getting that weird pony as well, hanging all over my face, and at home it was cut slightly shorter by my folks, so i looked even more ridiculous. He was one of these clear examples of skateboarding being punk, nuts and fantastic, and everything but a sport! I later only saw Koert again a handful of times, though again remember all occasions, because he remained sweet! My thoughts are with his friends and family. RIP Koert Debecker! 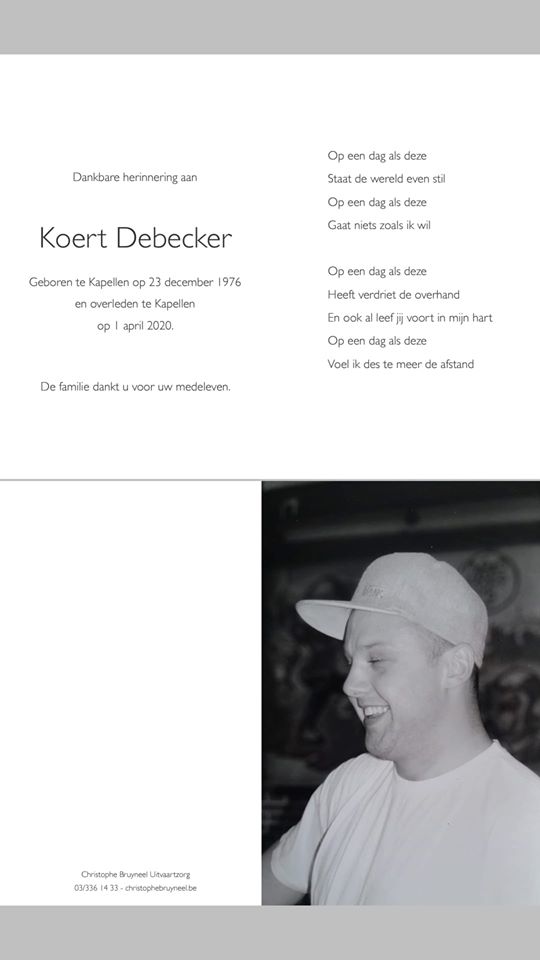