Your browser is not Javascript enable or you have turn it off. We recommend you to activate for better security reason
Knuffelwok 2019

A fusion funk jazz band played at the bar across from where i tried to sleep last night, it made me giggle for about a full hour, hearing people clap and cheer for this horrendous music, while "we" or 15 other people where lucky enough to have seen Jérome Noetinger play a fantastic set of demented prepared tape/gigantic wine glass, and Sholto Dobie a great set of home made made blow up gear, and bottles of Chimay at castle Hof De Bist aka 252 CC, a cultural centre located in a castle in a park in Ekeren of all places, hence the scarce presence of an audience.
I started to believe in heaven and hell, and am pretty sure that fusion funk jazz band is playing in hell non stop (together with Harry Merry)!

These glass oriented gigs were part of the exhibition opening of "(Door) Nico Dockx & Dennis Tyfus In De Gordijnen Gejaagd", we will not translate this title for you here, it's all about "link" somehow: Last year Nico Dockx has interviewed Dennis Tyfus (aka Herrie Faes) for a full year, which resulted in the book 'i know this sounds quite ridiculous but i just follow the line', published by Stockmans. As Nico Dockx grew up in Ekeren and Dennis Tyfus grew up near there, the cultural centre of Ekeren thought it was appropriate to invite us to do a duo exhibition based on our book there. we decided to extend this to both our "networks" of friends and invite a bunch of other artists and ourselfs to create a new curtain for the 10 windows of the downstairs of the castle. Hanna Putz, FVWW Architecten, Sine Van Menxel, Koo Jeong A, CM von Hausswolff, Udomsak Krsanamis, Ersi Varveri, Gijs Waterschoot and Rien Schellemans, Dennis Tyfus and Nico Dockx all did one curtain. You can see the result until June 27th!

Last Friday's gigs at De Nor were nerve wrecking and fun, nerve wrecking because the weather goths were not nessesarily with us that day, and when it rains there's nowhere to run! Nevertheless it was fun! It was the first time Penus sounded so clear, less blown out like at Kraak fest or at Café Cabron recently, this time they sounded like a strange mix of The Butthole Surfers and De Brassers. I'm not sure if these type of bands should face the seats though, maybe they should face the garden next time.
Kuunatic was the biggest audience favorite so far i think, many people told me they loved them. Live they were way less psychedelic then i expected, quite primitive though, and beautiful.

On a completely different note: Charline Tyberghein has a website now. 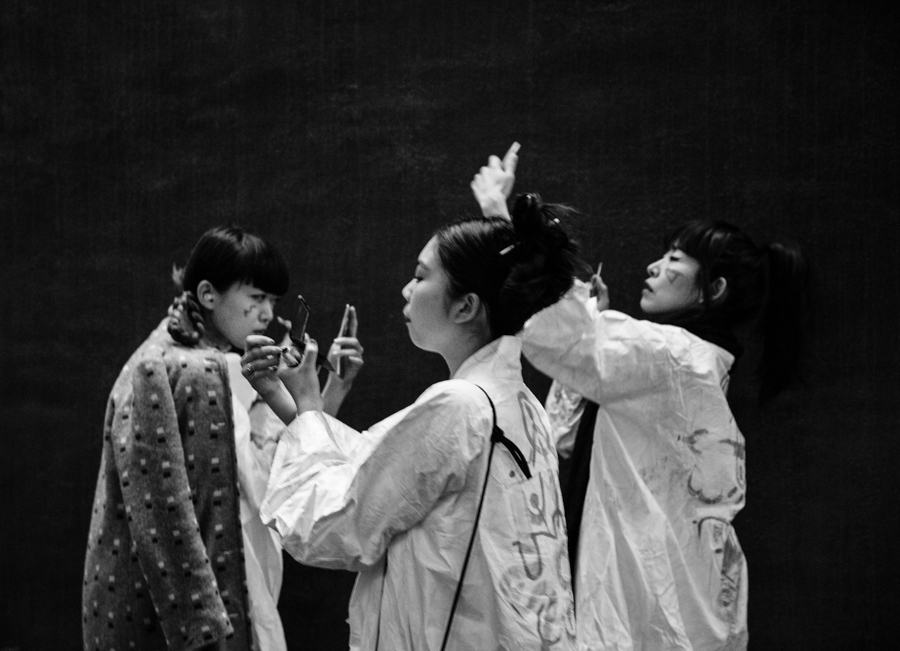 (Kuunatic, preparing themselves outside of De Nor' toilet. Photo by Aleksei Kazantsev) 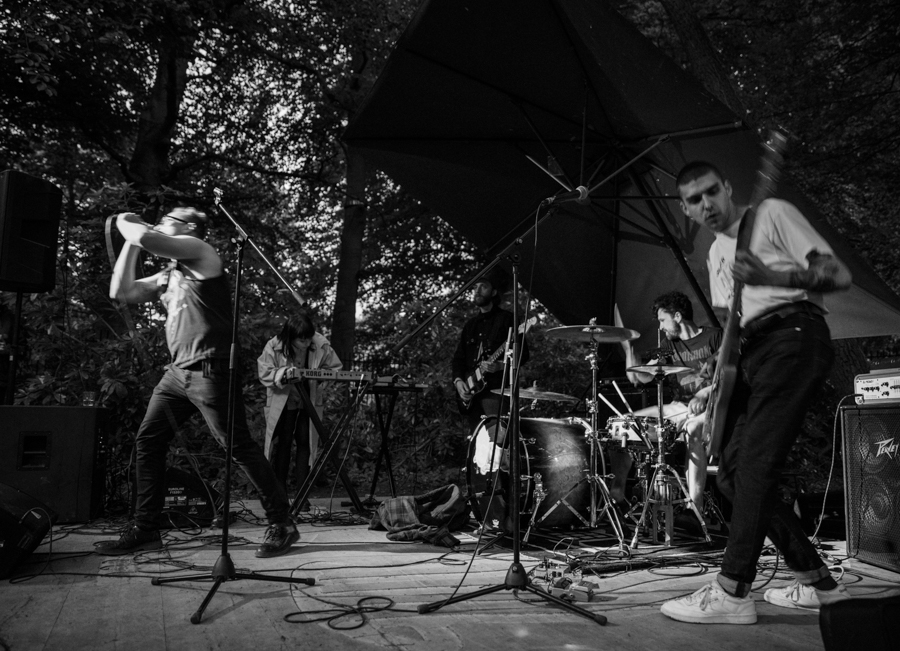