Your browser is not Javascript enable or you have turn it off. We recommend you to activate for better security reason
Ting op ting voor gelaatsuitdrukking.

A funny week passed. I again spent time in Blankenberghe, one of the ugliest places in our country. Though if one stays in the dunes it is pretty enjoyable.

Last Friday Cocaine Piss and Velma Spell played live concerts at De Nor, and Moshi Moshi deejayed.
I had invited Velma Spell because i did not know them and was curious. It was quite a nice surprise, they decided to use the whole garden and hardly any amplification for their concert. I doubted that that was going to work, given that i expected a rowdier crowd for the Cocaine Piss gig. It did go wonderwell though. They had spread lighted toys that were either circuit bent or wired in one way or the other all over a certain area of the garden and walked around the whole garden blowing into different toy instruments. They also drew a big mountain piece of a hug unfolded piece of brown paper and played it afterwards with some sort of red nuts, which made a nice type of cricket/rain sound. Against my expectations the audience was mostly captivated by the show and not talkative as i excepted.

Cocaine Piss were tighter then ever, the many tours, local gigs, new records and recording sessions have clearly payed off! The garden and seats were pretty crowded, CP played in a different direction the usual, it would have felt too much like a gig in a classroom otherwise. Aurelie Poppins, the singer of CP asked for a 20 m long cable so she could run around the whole space, which she did.. Hantrax kicked off his shoe while dancing. He tried to find it afterwards but it was kicked quite far away, across the fence, right next to the drummers face.

Moshi Moshi played lots of punk/etc hits, including Sex and Violence, which was a highlight. Though at 3am, the dancefloor was still entirely full and they were out of music already.. Which was quite a bummer. I played some pre recorded mixes afterwards.

On Sunday the debate on fiscality was very interesting although rain took over. About 3 people showed up. 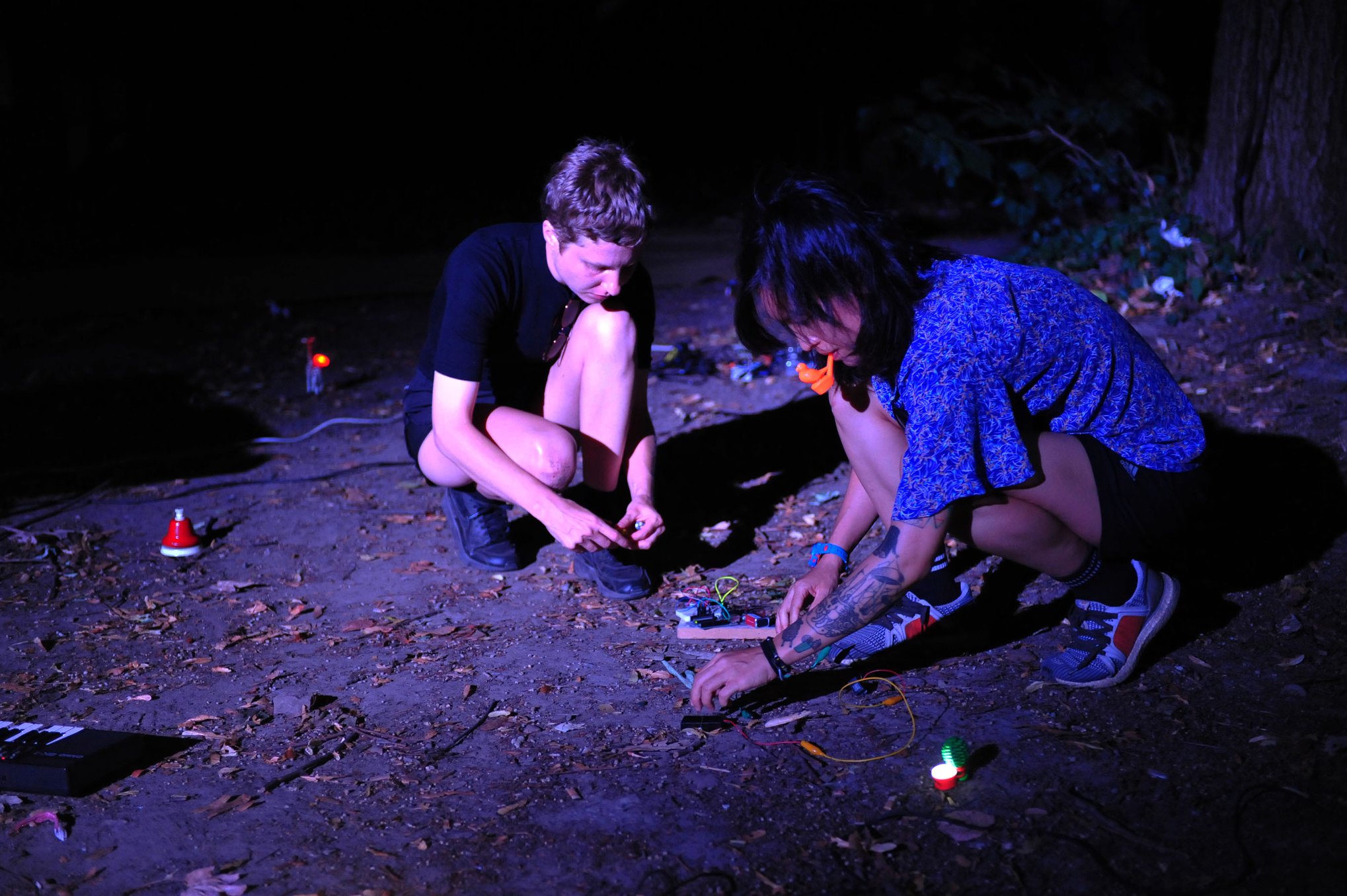 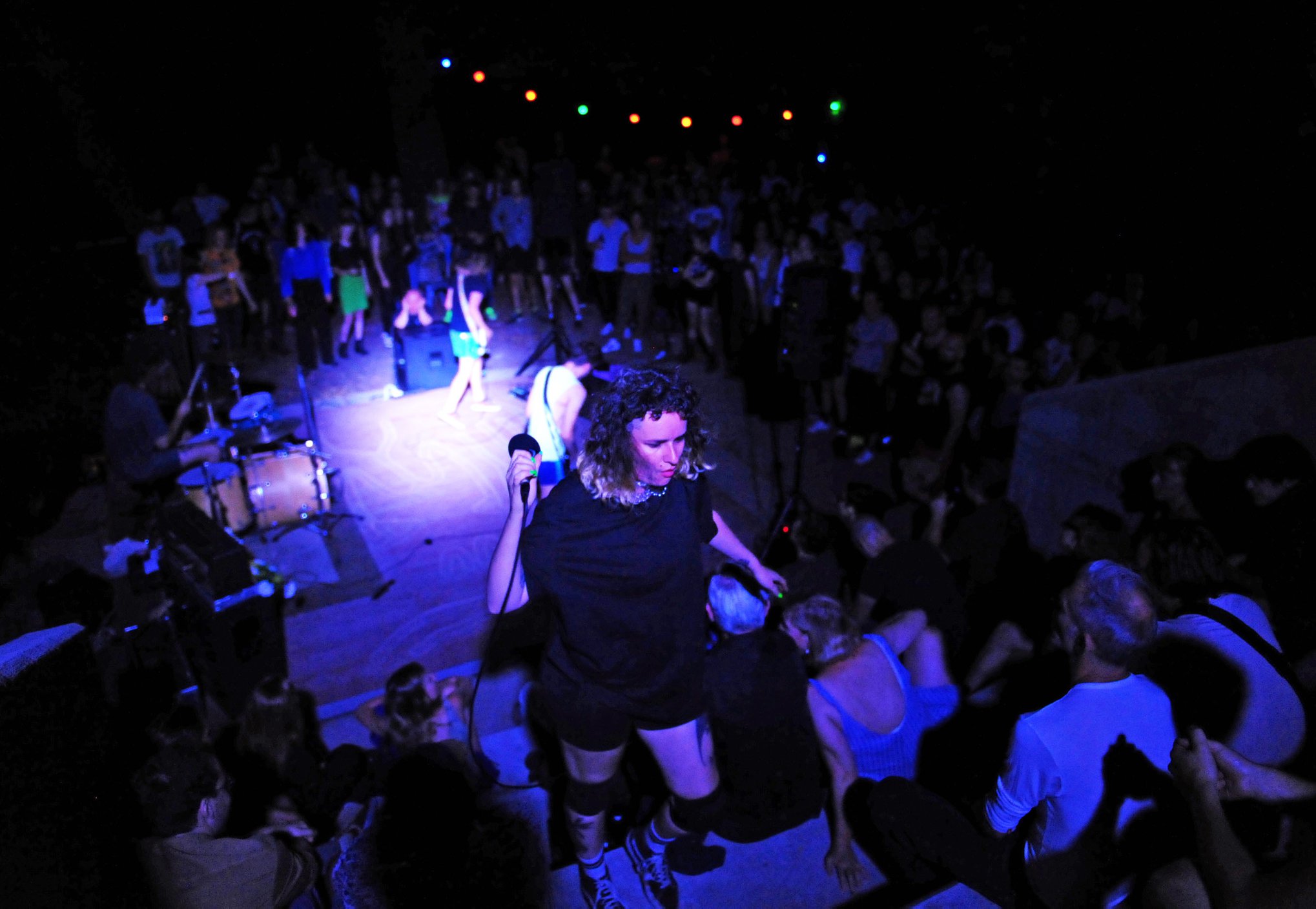 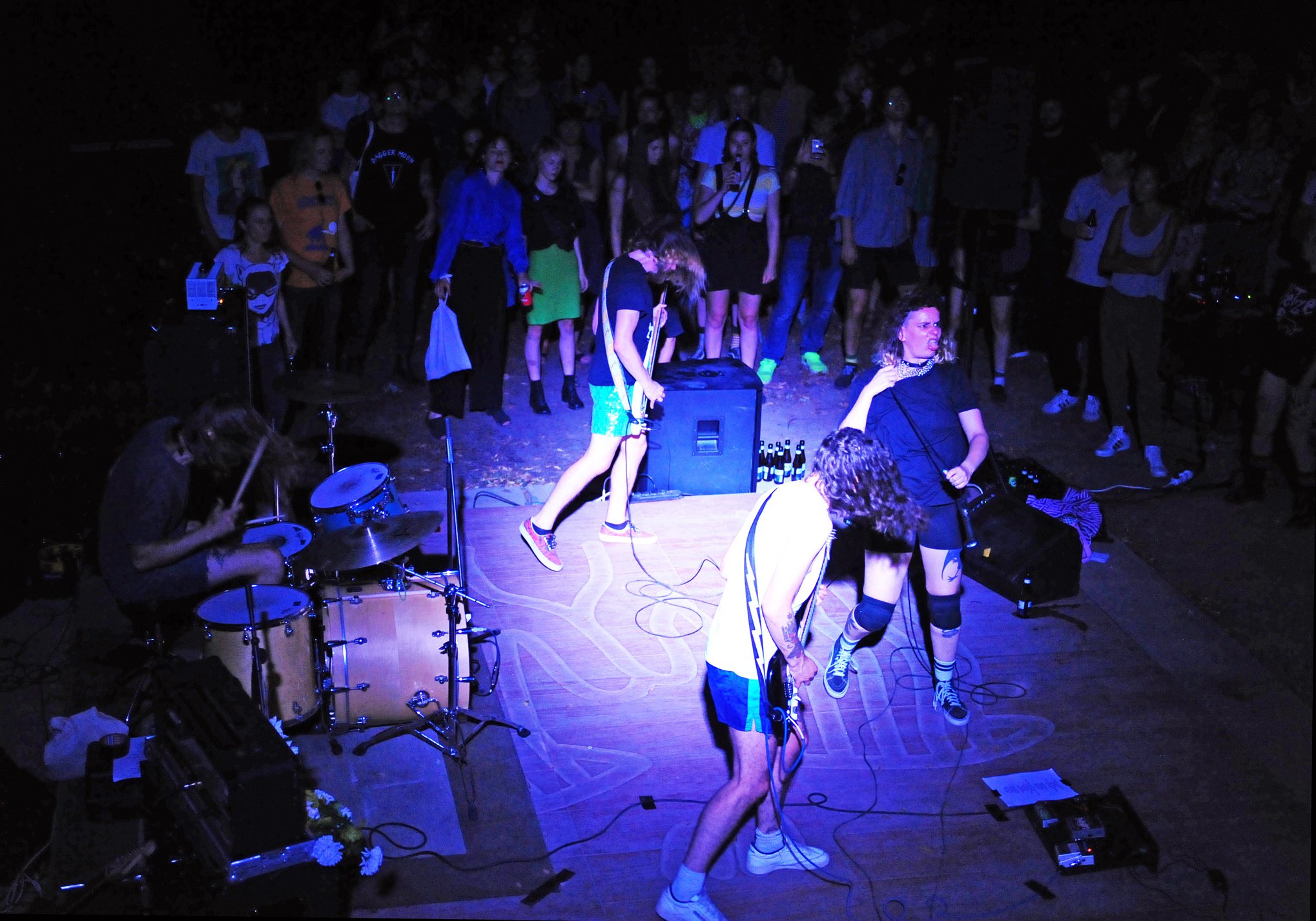 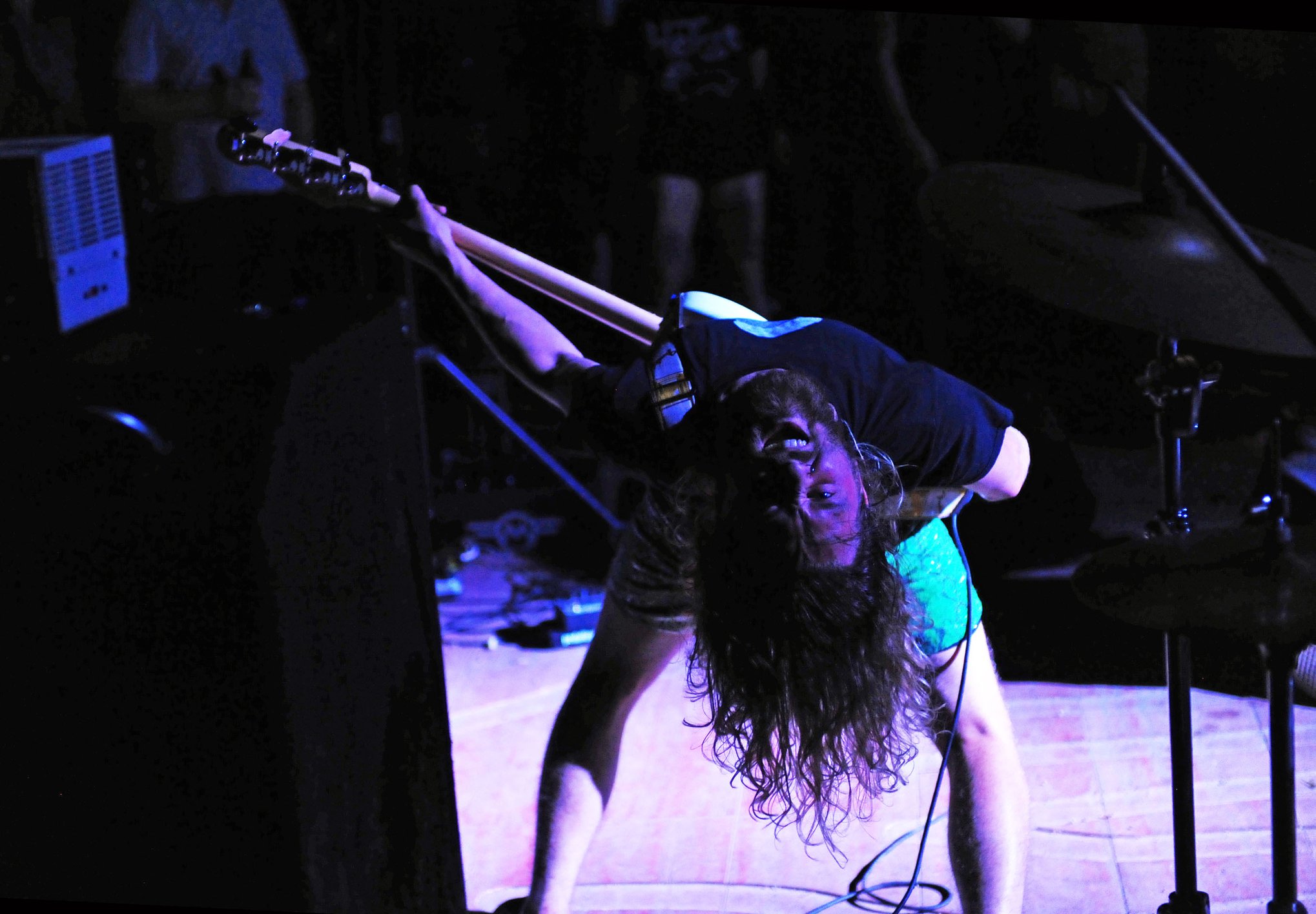